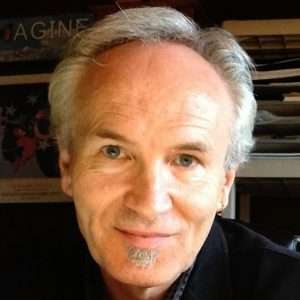 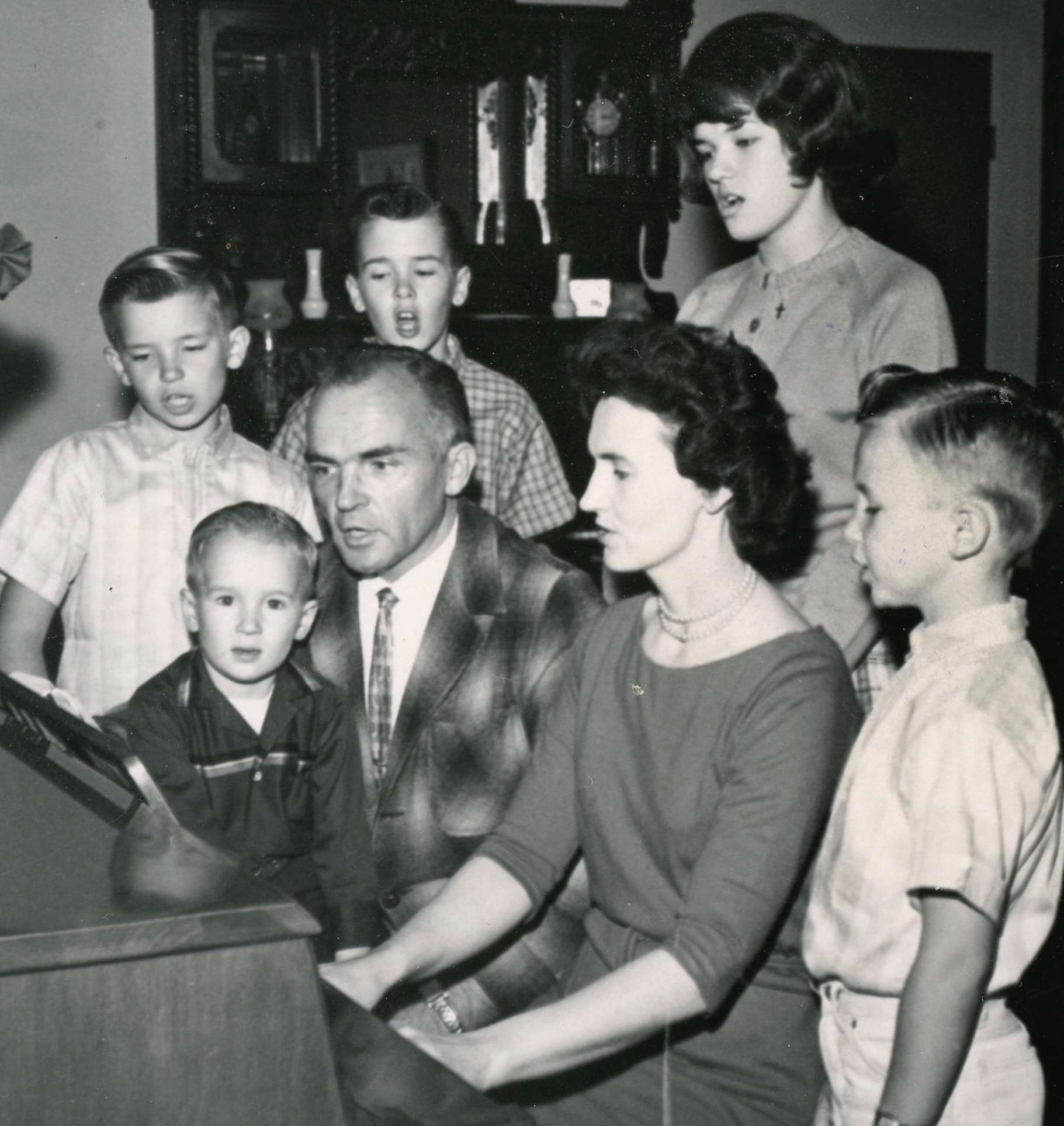 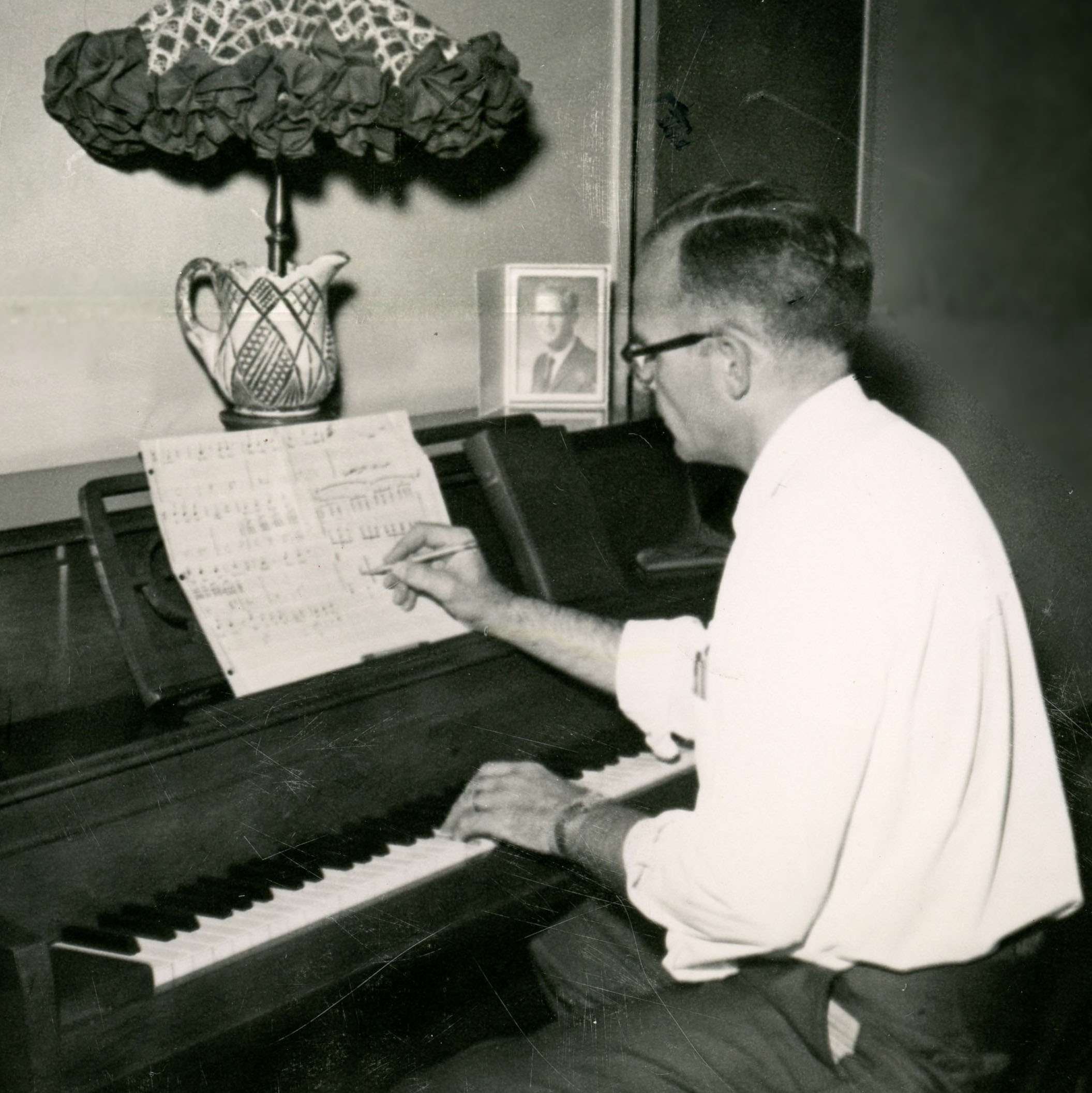 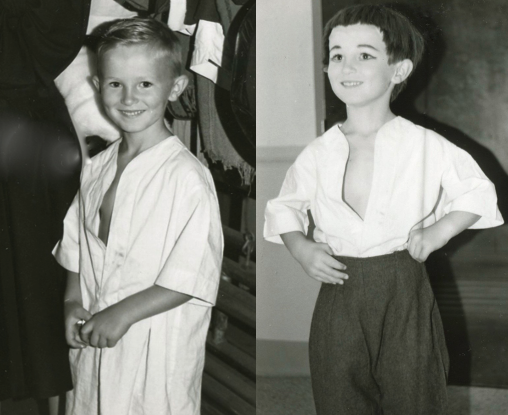 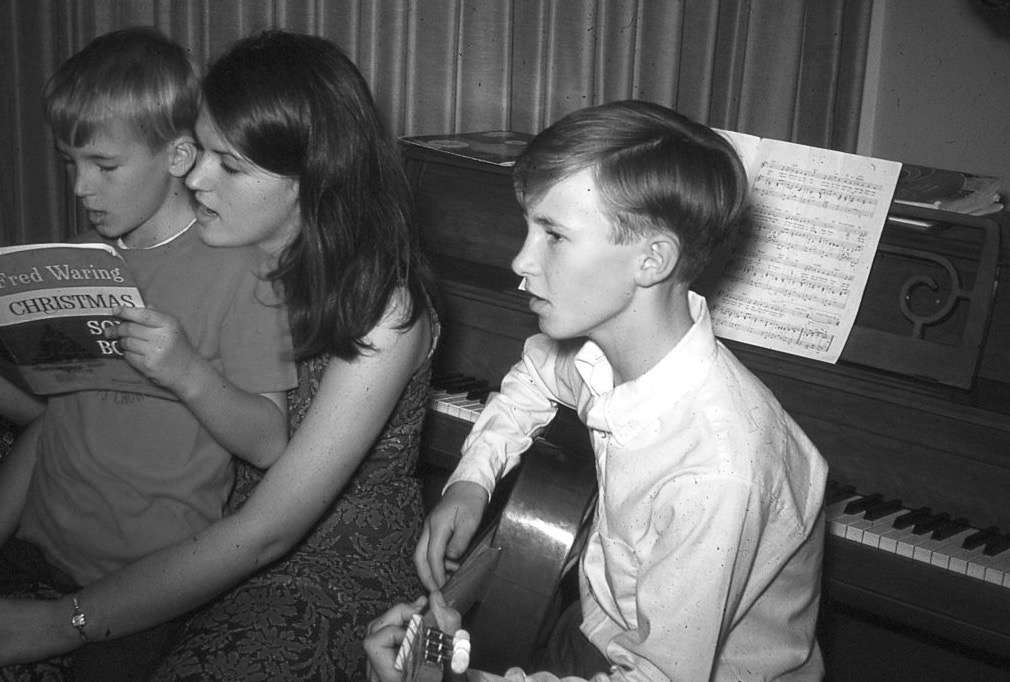 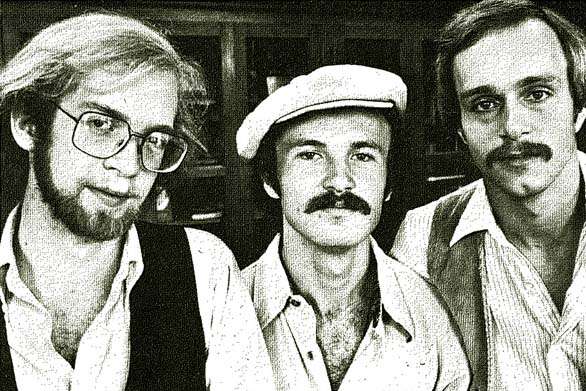 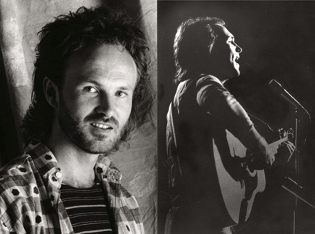 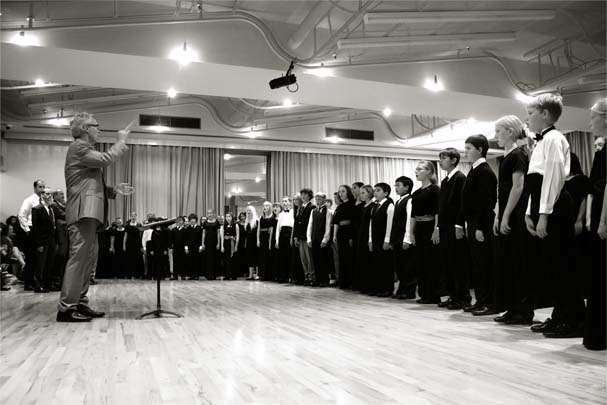 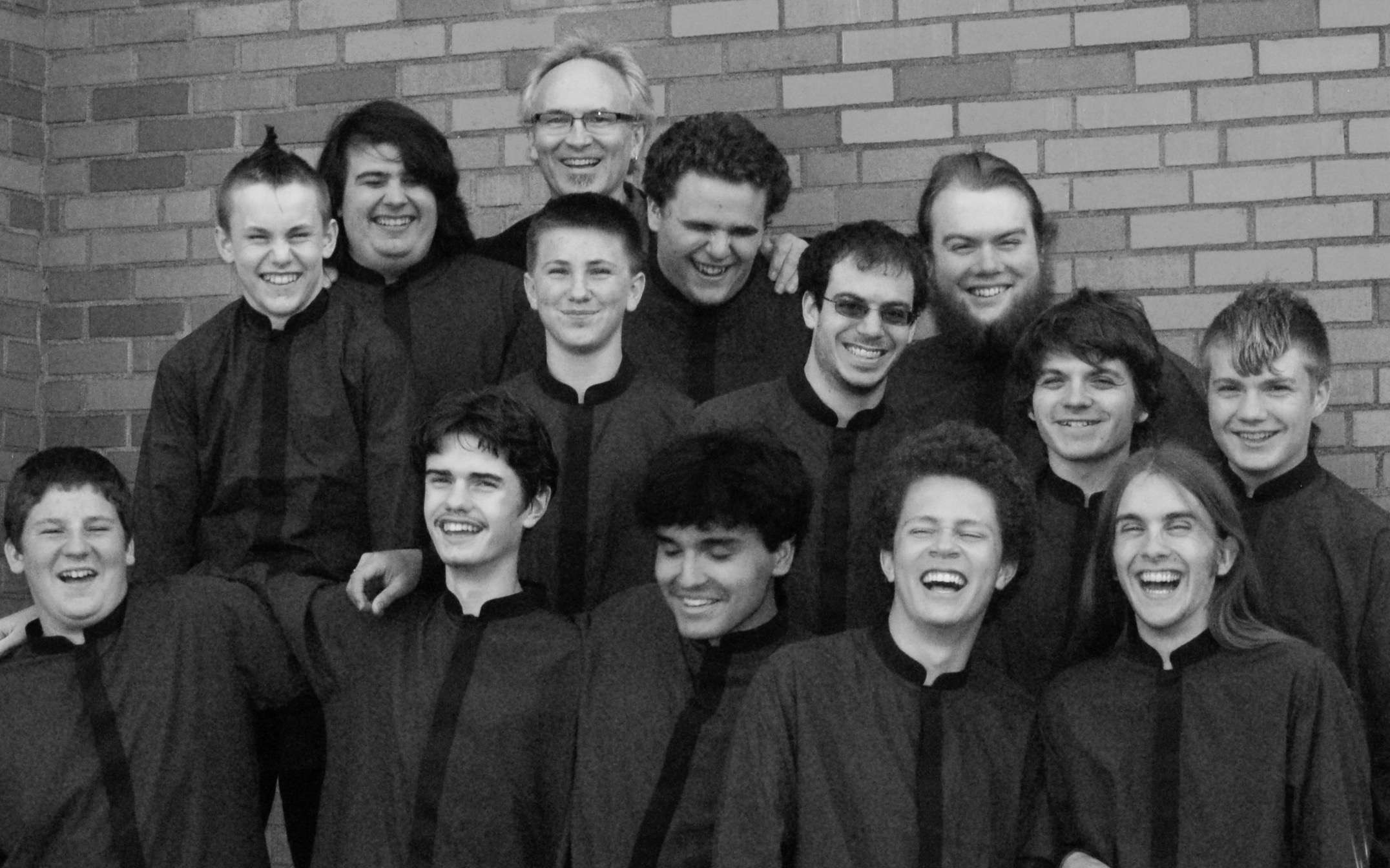 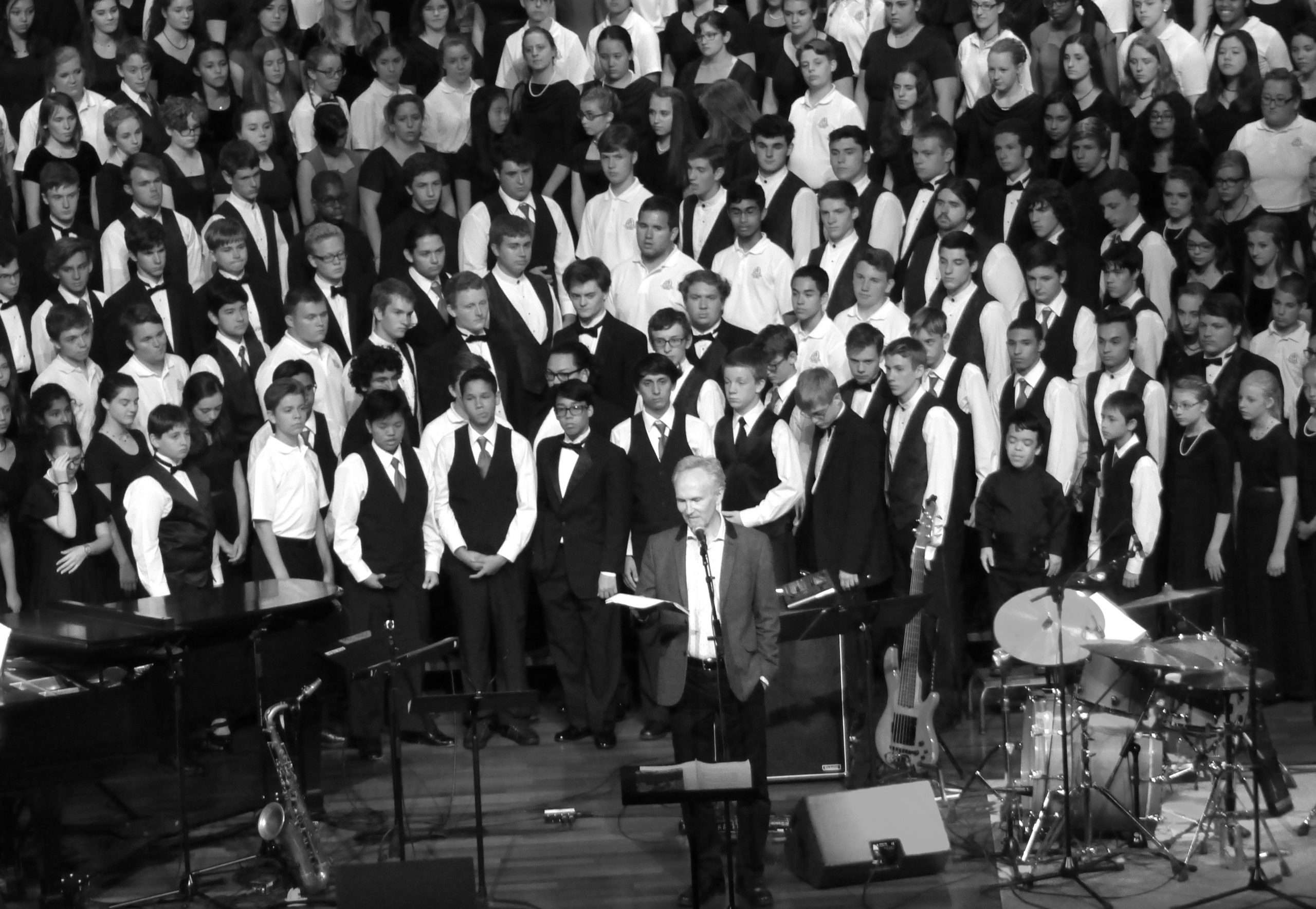 In the Robb household, musical training began at home, where singing and instrumental lessons were a regular part of family, school, and church life. From an early age, exposure to a wide variety of musical genres, styles, and performing experiences laid a broad foundation and nurtured my love of making music.

Beatles, Beach Boys, and Berg
A year before the Beatles and Beach Boys captured my interest in the third grade, I made my operatic debut with a San Francisco Opera production of Alban Berg’s masterpiece Wozzeck. In the role of Maria’s Child, I was silent for my first two scenes on stage, either in the arms of or near to my mother Maria, played by Marilyn Horne. My only singing was the very last line of the final act: the haunting “Hop-hop. Hop-hop. Hop-hop.”

The reaction to Wozzeck by the general population would probably echo how a family friend of ours responded to the production: “Well it’s not the kind of music you could whistle a tune to.” But my seven-year-old ears didn’t hear this early example of atonality as anything strange. It was just music…with lots of instruments, big voices, and spotlights!

There Was Always Singing…
From childhood forward, choral singing, and eventually conducting, has almost always been in the mix. In addition, I spent a dozen years performing as a singer/songwriter and as back-up and lead singer of several bands. It was also a time period of vocal and keyboard studio work and writing musical theater productions.

After eight years of trying to make sense of the L.A. music scene, I was offered a graduate teaching fellowship at University of Oregon School of Music. I turned my focus to choral conducting studies, and for the first time in my life, took a break from composing. I also pursued an additional master’s degree in vocal performance, testing the waters with several recital, oratorio, and opera engagements. Upon completing the conducting program, I settled into building a career in the choral field and found the setting ideal to begin composing again.

The Secret Ingredients
The many flavors in the soup of my eclectic compositional language cover a wide range: gospel to musical theatre, orchestral to progressive rock, and choral music from the cathedral to the classroom to the concert hall to street corner a cappella.

For the last decade, I have focused largely on works for chorus, solo voice, and liturgical use. Choral commissions from community choirs, all-state choruses, and churches have introduced my music to the wider choral community. Performance highlights by choirs across North America and around the world include an ACDA national honor choir, All-State Choirs, and a variety of venues like Carnegie Hall and cathedrals in Europe and Asia, including Canterbury Cathedral and Leipzig’s Thomaskirche.

Administration and Collaboration
Composing for choirs was a natural outgrowth of my 30+ years as a choral conductor in elementary through collegiate and community adult settings. For thirteen of those years, I served as Artistic Director of Oregon Festival Choirs in Eugene. Our partnership with the Oregon Bach Festival opened the door to many exciting projects in which I prepared treble choirs for Helmuth Rilling, Marin Alsop, and Matthew Halls.

I also co-founded and serve as Artistic/Executive Director of Pacific International Choral Festivals (picfest), one of North America’s top-tier youth choral festivals. Since 1998, I’ve had the extraordinary opportunity to collaborate with an amazing roster of artists, including Bob Chilcott, Sandra Snow, Henry Leck, Andrea Ramsey, Moira Smiley, Fernando Malvar-Ruiz, The Yellowjackets, Doreen Rao, Susan Brumfield, Lynne Gackle, and many more. To date, we have presented twenty-six week-long festivals, featuring 180 youth choirs from 40+ states/provinces in six countries. Our staff has been privileged to host over seven thousand singers, conductors, choir personnel, and guest artists on their musical odysseys.

Every Step Along The Way
The creative process has been intregal to my life as a musician – whether as a singer/songwriter, band member, arranger, librettist/lyricist, or choral composer. I can’t imagine a more exciting adventure than this composer journey.